wabe (08:32:41)
Well that's more like SWF translation so you can keep shouting in public as much as you like

There are a total of 21 users online now: 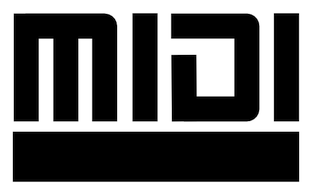 Songs in MIDI (Musical Instrument Digital Interface) format. Specific details of the recording (e.g. synthesizer used for rendering) should be listed in the info section of each song.

A MIDI file is not an audio recording. Rather, it is a set of instructions - for example, for pitch or tempo - which tell a synthesizer or sampler how to play back sounds. MIDI file arrangements were an attractive way to share music, before the advent of broadband internet access and multi-gigabyte hard drives. Licensed MIDI files on floppy disks were commonly available in stores in Europe and Japan during the 1990s. The major drawback to this is the wide variation in quality of users' audio cards, and in the actual audio contained as samples or synthesized sound in the card that the MIDI data only refers to symbolically. There is no standardization of how symbols are expressed. Even a sound card that contains high-quality sampled sounds can have inconsistent quality from one sampled instrument to another, while different model cards have no guarantee of consistent sound of the same instrument.

Early budget-priced cards, such as the AdLib and the Sound Blaster and its compatibles, used a stripped-down version of Yamaha's frequency modulation synthesis (FM synthesis) technology played back through low-quality digital-to-analog converters. The low-fidelity reproduction of these ubiquitous cards was often assumed to somehow be a property of MIDI itself. This created a perception of MIDI as low-quality audio, while in reality MIDI itself contains no sound, and the quality of its playback depends entirely on the quality of the sound-producing device (and of samples in the device).

(some information taken from Wikipedia)